Why Do People Combine Heroin and Cocaine? 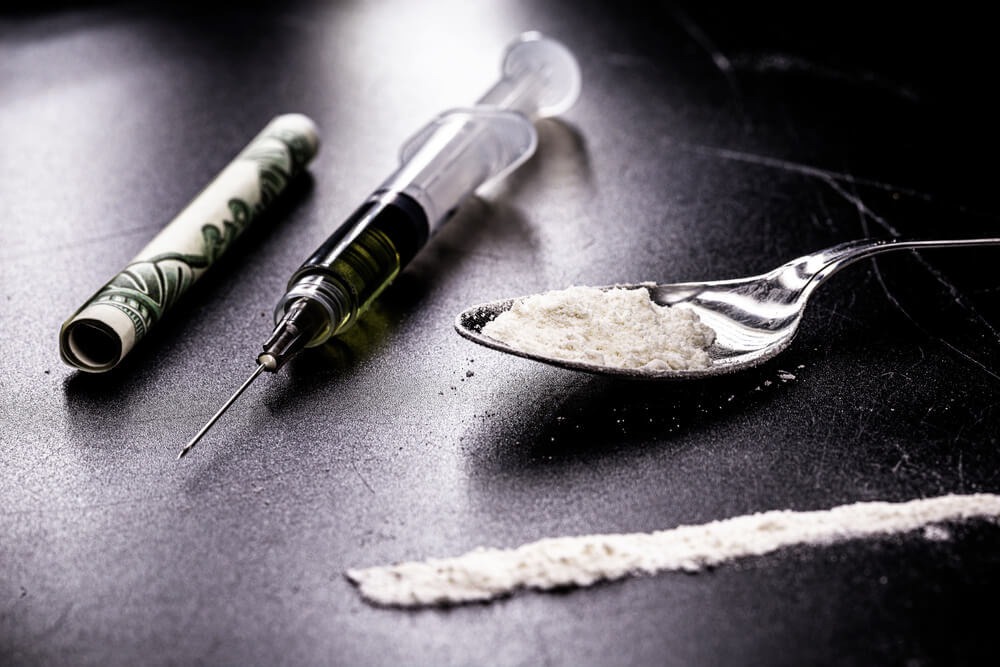 Speedballing: The Combination of Heroin and Cocaine

Speedballing is the act of mixing heroin and cocaine. Usually, people will use injection methods to get these substances into the bloodstream and get an almost instant high. However, some people also snort them together. Speedballing can lead to severe consequences, such as overdose and death for those who try even just once.

Heroin is an illicit opioid that is a depressant that can easily lead to addiction and abuse. Effects of heroin include slowing down the brain and central nervous system leading to slowed breathing and heart rate. When combined with other depressants, such as alcohol, it can also lead to respiratory failure. Cocaine is a highly addictive stimulant. The effects of cocaine are opposite to heroin such as increased heart rate, rapid breathing, and more energy. People may assume that using cocaine and heroin together may balance or remove negative side effects of each drug, however it can actually amplify negative effects and lead to addiction and abuse.

Why Do People Do Heroin and Cocaine Together?

People who struggle with substance abuse are often seeking the next high and will attempt to combine one or more substances to achieve this ultimate high. Those who are mixing heroin with cocaine report feeling a longer lasting, intense high. Others try to take the edge of one of the drugs by mixing it with the other, however it can actually make cocaine and heroin side effects worse. Common side effects of cocaine are anxiety, high blood pressure, irregular or rapid heartbeat, and hypersensitivity. Effects of heroin and other opioids cause drowsiness and slowed breathing rate. The effects of Speedballing primarily have a negative impact on the brain and lead to unpredictable side effects.

Common side effects of Speedballing include:

The Dangers of Combining Heroin and Cocaine

The biggest danger of mixing cocaine and heroin when Speedballing is the risk of respiratory failure and overdose death due to how differently the two substances affect the body. Combining cocaine and heroin can also strengthen the effects of the other, leading to dangerous consequences. Effects of heroin tend to outlast those of cocaine in the body. Although at first cocaine can mask negative effects of heroin, once it wears off, the full respiratory-impairing heroin effects hit the body and can lead to a heroin overdose. Users may have taken more heroin than intended while under the influence of cocaine.

Treatment for Heroin and Cocaine Addiction

Mixing heroin and cocaine can lead to death. If you or someone you know is using cocaine and heroin, it is critical to get substance abuse help before an overdose. Sylvan Detox offers behavioral health treatment for substance abuse and mental health disorders. Our treatment center offers comprehensive addiction programs for substance use disorder through evidence-based treatments such as drug and alcohol detox, cognitive behavioral therapy, dialectical behavioral therapy, group counseling, medication assisted treatment, and alternative therapies like yoga and massage.

Every treatment plan is tailored to fit each client’s needs in either inpatient rehab or outpatient rehab. Our dedication to your sobriety does not end once you complete addiction treatment, our aftercare and alumni programs are in place for continued support through your recovery journey.

If you would like to know more about our treatment options and how we can help you get your life back in order from drug abuse, please do not hesitate to contact our offices any time day or night.